When you go through an adventure you cross the finish line a different person. It doesn’t matter what kind of adventure or how long it takes. Going beyond your limits does something to you, it is good, as soon as the pain goes away!

This is the story of a 30km bush walking at the Great North Walk.
I had a chance to experience that last Sunday. When my friend said she was doing the Oxfam walk with the Informa team I thought it was awesome. A great idea! I even went to the walk’s website to see if there was any team looking for people to join them so I could go too. When I started reading the information I realised it was 100km bush walking. That was when I decided it wasn’t something I wanted to do this year; maybe next year… Anyway I told my friend I would go with her to some of the training sections on weekends.

Informa Walk on the Wild Side Oxfam Team

We have been walking from Mosman to Wynyard some mornings before work to start training. When she asked me: “we are going for a 30k walk on a Sunday, wanna come?” I quickly agreed and we moved on to other topics of conversation. After all we were doing 8km in the morning without breaking a sweat, I thought it would be challenging but nice. Basically, I was completely deluded.
It was only Wednesday last week that I decided to ask a bit more about it.
– Where are we going to walk?
– Oh, it’s a bush walk north of Sydney.
– Ok.
– It’s the hardest part of the Oxfam and we want to know how long it’s going to take us to do it. She said.
– I’m sorry???
If I was a little bit smarter I would have given up then and there. But I didn’t, in my imagination it was a bush walk with a lot of bush and rivers, crates, stones, etc. But in my imagination the world had only two dimensions, I forgot about “mountains Gandalf”…
As soon as it started I realised that there was definitely a higher plane there and was puffing on the first climb, not knowing that was easy as easy goes. I find it hilarious to compare myself at the beginning and the end of the trail in several aspects…
The adventure started full on, we left the car at Berowra station, to catch the train to Hawkesbury River station. We were buying the first ticket when we saw the train coming. We quickly made a system, one of us pressing the buttons: destination, single trip; the other feeding coins to the machine: one, two, three – The Train is Coming! – Four – Quickly! – Five tickets and we started running to catch it – not looking at the face of the girl behind hating us for having to buy five tickets at the last minute. I hope she made it too.
At the train we were chatty and noisy, the ride back home, in the car was on the other hand full of tired silence. 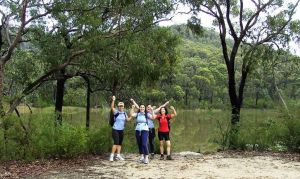 On our first stop, 5ks down the road. See how happy we still were? I’m taking the picture.
(Orble Votes: 36) 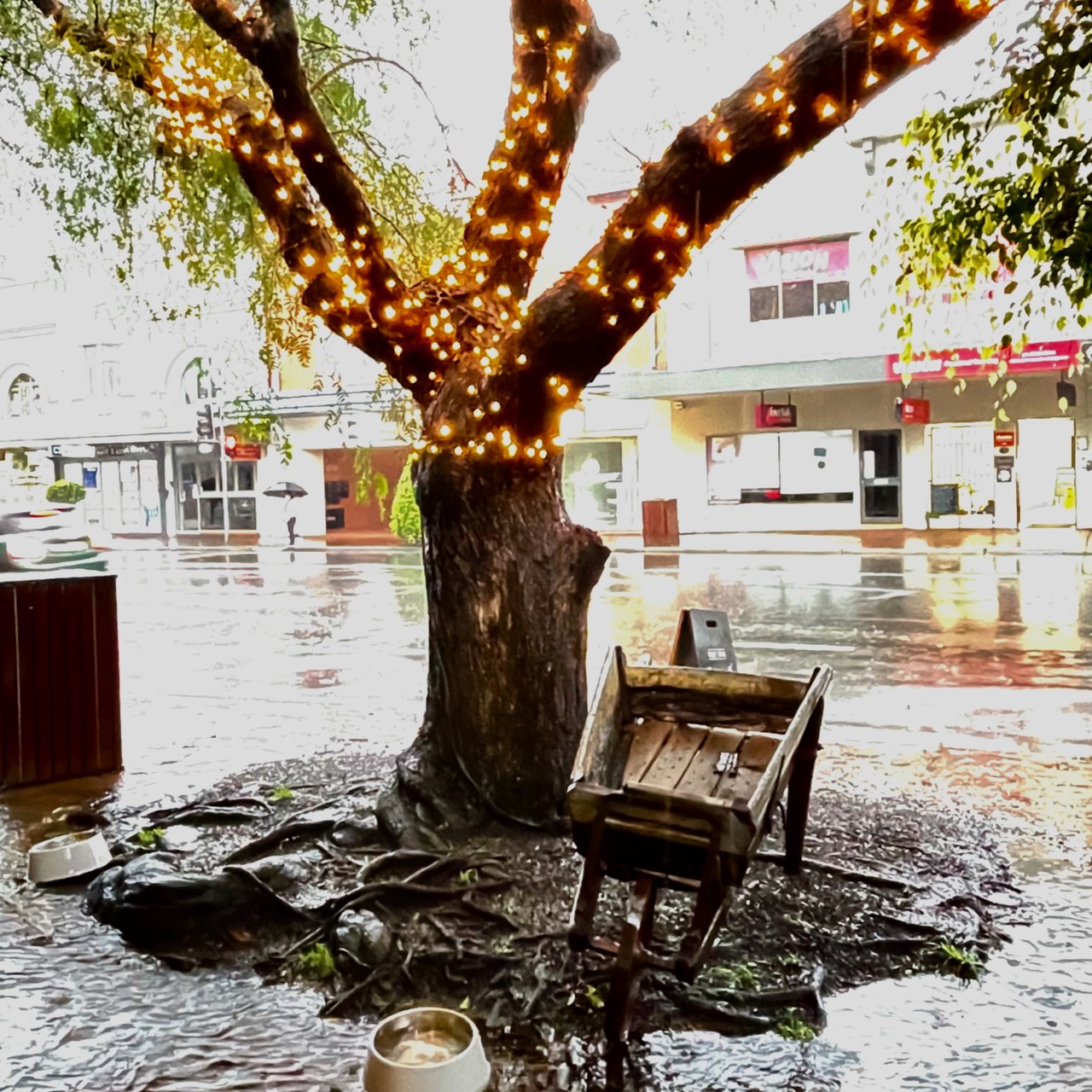 Walking in heavy rain is like being part of a tribe.
There’s an instant connection to anyone else braving the elements, holding the umbrella for fear of going Poppins with the wind, a daring to the hurricane to Dorothy you.