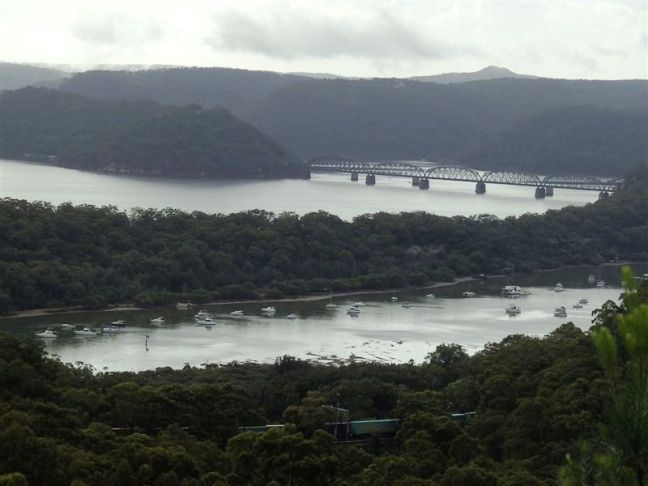 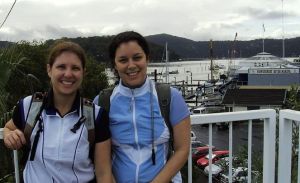 To give you an idea, this is where we started: water level at Hawkesburry River Train Station.

At the beginning you don’t stop, don’t puff, don’t breathe heavily and don’t say a thing. Not because you don’t want to, just to save face. By the end of the walk you don’t give a $#!^ for the face and do all of the above. Your reasoning goes from “I cannot let them down” to “I’m the perfect excuse they need for a stop, they can always blame the outsider that couldn’t take as much as them”… If they really wanted to stop and use me as an excuse I don’t know, but 28km later I didn’t care about the truth or anything else anymore. 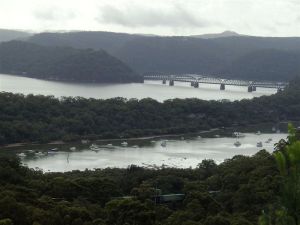 This is the view from one of the high points, see how high we were?

The long walk could be analysed in terms of phases of despair, they were all funny though. At first I was just thinking that when we hit midway I could go back. I knew we were going to pass through some train station. It turned out to be Cowan and we got there by lunch time. Unfortunately, by then, I felt confident, full of myself, I felt in excellent shape and thought that of course I could finish it. The sign said 8 km to Berowra and I could certainly do that. We met an older guy just before that said we could make it by 5pm, in just 3 hours… my mistake was to think Berowra was “The Fabled End” when it was Berowra Waters, still a long way to the train station where the nice car was waiting for us.
The initial phase was “the search for the dead body”. According to common knowledge dead bodies are always found by bushwalkers and early runners, so one of us kept thinking she was going to find the mythical dead body. She didn’t want to, but every time someone made an exclamation she thought there was one. We found blood, one pair of shoes, and some straps hanging from a tree, for her that was solid evidence of a dead body, even though the blood was the red goo one special tree eliminates when cut. 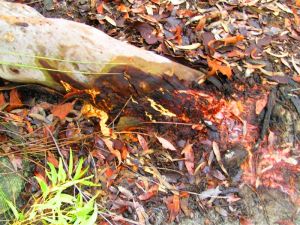 Every time we started going up, climbing what was like stairs with steps half a meter high, we would wish we were going downhill. As soon as we started going down and the knees started suffering we would wish we were going uphill where we could use our hands to climb the steps. It didn’t take long for us to get smart and desire flat surfaces, flat long stretches of trails… pity there was none. It took us 8 hours and 45 minutes to complete the walk, in my calculation it would have been about this:
– 15 min at lunch time;
– 20 min total time of small stops throughout the day;
– 1 hour walking in flat trails, either at the top of the mountain or near the water at the ravines;
– 7 hours and 10 minutes climbing up and down.
I cannot say how many times we went up and down those F$##@#$@ mountains but I am sure it was at least seven. But then again, I don’t think you are imagining it right, I bet you are thinking nice steps although high ones. Nooooo, that is not the truth. The trail was rough. On total there were about 13 steps made of cement (steps not stairs). All the rest were rocks, earth, water and mud, and the eventual iron bar step, riddled in the stones, that you have to climb vertically. 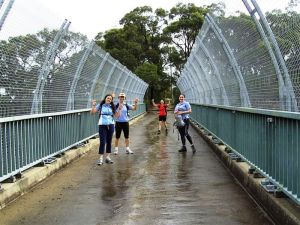 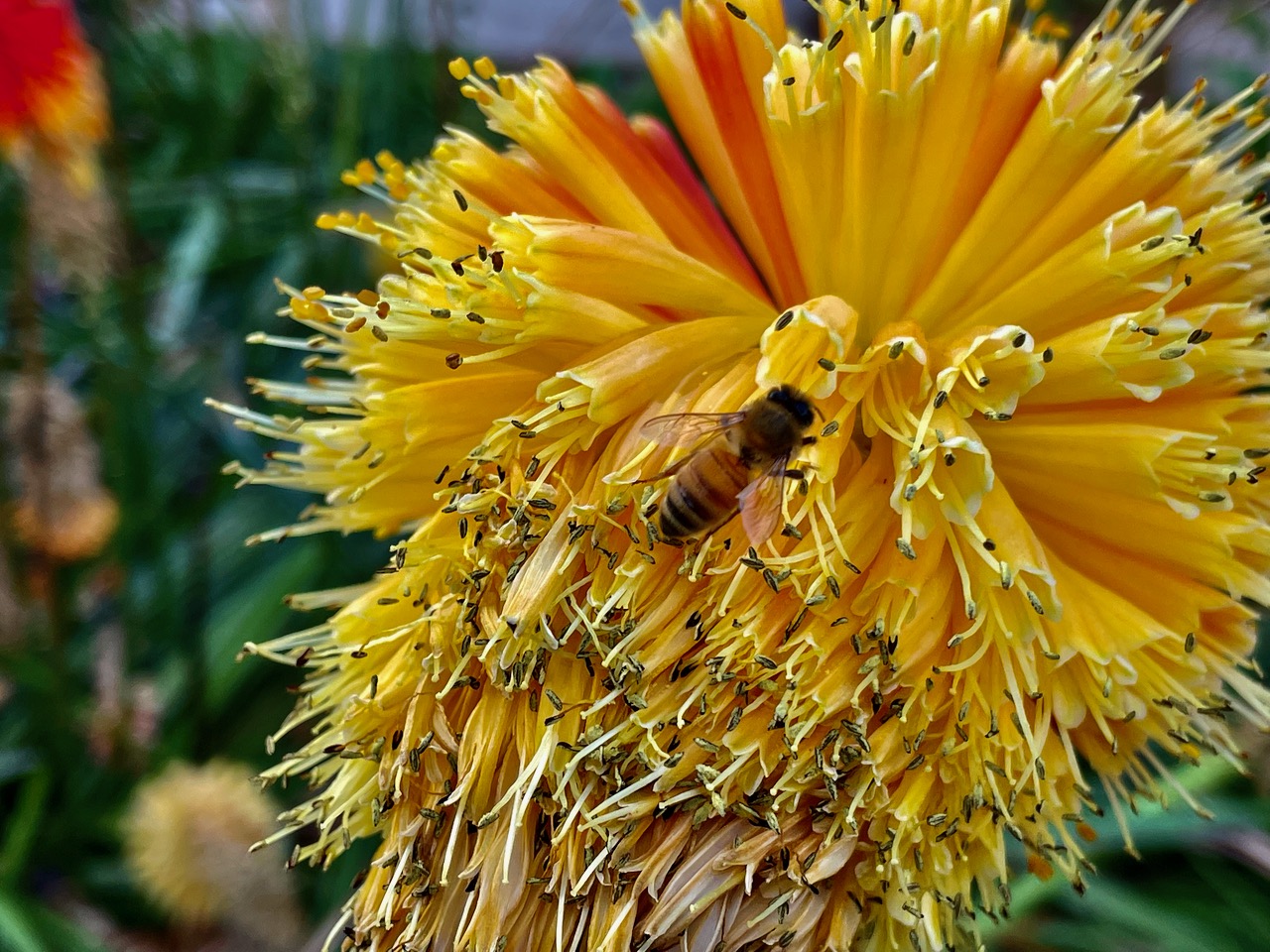 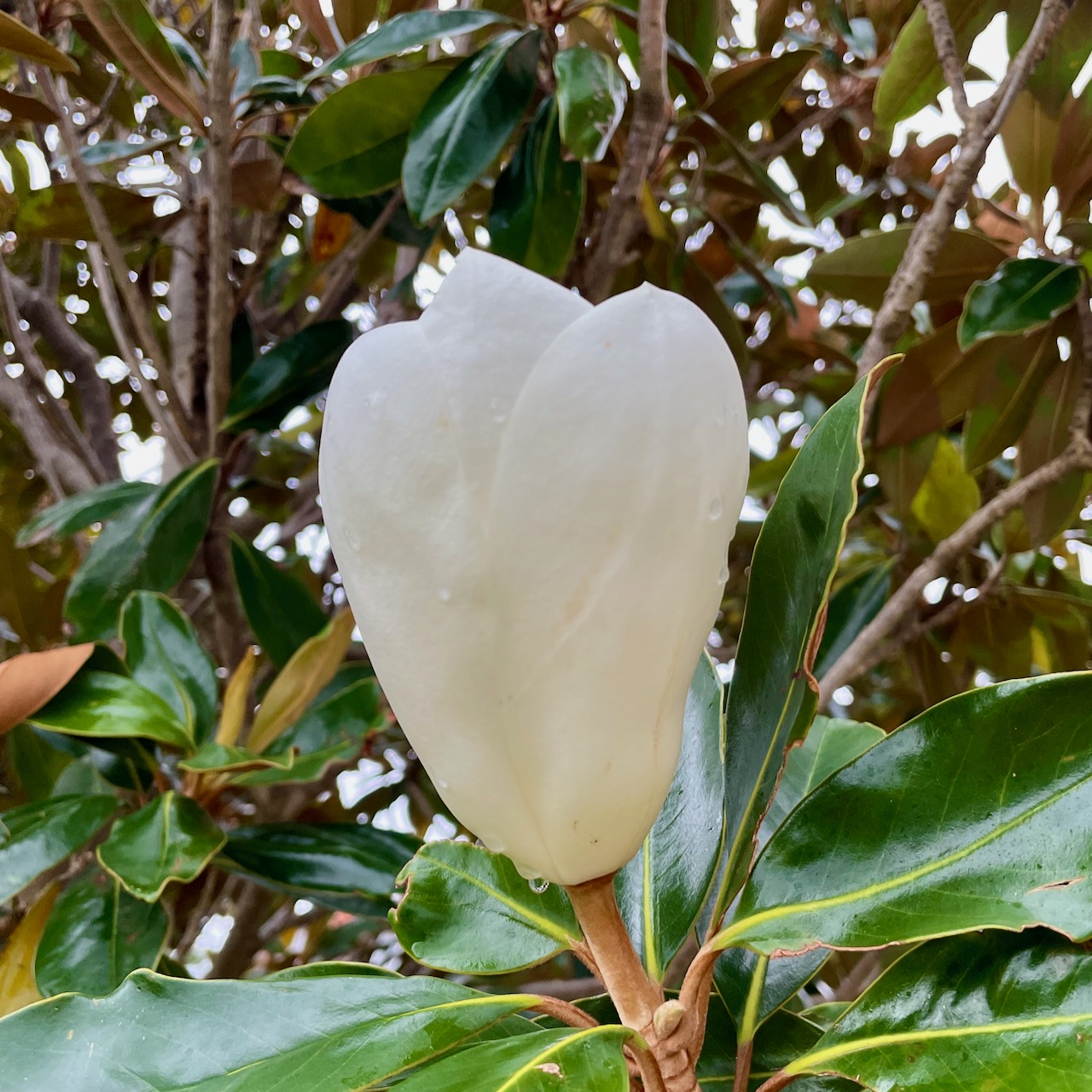